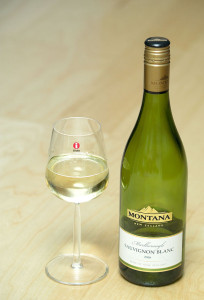 There is nothing that is calculated to make mere mortals feel inferior more than a wine expert. Their seemingly incredible ability to discern a multitude of flavours and aromas from a single bottle of plonk is quite intimidating and matched only by the flowery language they use to describe what they have experienced. Listening to some of their proclamations would lead you to believe that certain vintages represent an orgasm in a bottle but I have privately suspected for years that this overblown hyperbole might not be all that it seems.

I am a self-professed wine philistine. My ability to tell the difference between wines extends only to knowing what I like and what I don’t like when I drink it and I couldn’t describe a nose or a finish to save my life. I have little interest in whether a particular bottle exhibits aromas of honey or berry fruits and what level of acidity it boasts. I do, however, know what I like despite my complete inability to describe it.

A few years ago I found myself at a wine tasting event at the behest of a friend. I felt like a fish out of water and had several spontaneous bouts of the giggles when listening to the experts extoll the virtues of the various products. Giggles which were ably encouraged by the amount of alcohol I was consuming. I then found myself cornered by a rather pompous gentleman who was trying to sell me some rather costly American wine. I explained that I didn’t like American wine and that my usual tipple was Chablis or Trentino Chardonnay. He was horrified and implied that I didn’t know what I was talking about and challenged me to a taste test.

I took up the challenge and was presented with a number of wines which I was asked to taste and then place in order of preference. I did as I had been asked and selected two wines that I really liked, one that I disliked and three that I found to be average. The gentleman then grudgingly admitted that the favourites I had selected were indeed Chablis and an Italian Chardonnay and the wine that I had placed at the bottom of the pile was American. Perhaps my palate was better than I thought even if I wasn’t exactly displaying a taste for the most highly regarded wines on offer.

As it turns out the so called experts could well be less discerning than my good self. Vinter Robert Hodgson had long been frustrated by his wines’ failure to win a gold medal at the California State Wine Fair, the oldest judging competition in the US. To test the judges’ palates he decided to submit several bottles of the same wine under different names to see if the panel would give each bottle a similar score but they didn’t. The wines received wildly differing results confirming Hodgson’s suspicions that the judges’ palates were questionable.

Other sceptics have variously used false labels and food colourings to expose experts who were more influenced by what they could see than what they could taste. There are many fabulous wines out there but you don’t need to be a laureate or possess an amazing palate to enjoy them. Whatever you love drinking is fine whether that be cheap plonk or expensive champagne. Just try a selection, decide what you like and don’t label yourself undiscerning because the chances are that you are as good as the experts at judging wine. If you aren’t then what does it matter? There are wines to suit all tastes and trying new ones is an adventure. I have now discovered the joys of New Zealand wines and am currently exploring the delights of Eastern European vintages. I still like that Trentino Chardonnay though!