Our pets always make for a great story. But whilst it is cats and dogs which generally hog the limelight, bunnies can also make headline news. Just in case you have missed the very latest rabbit scoops, here are a few of the stories which have received media coverage. 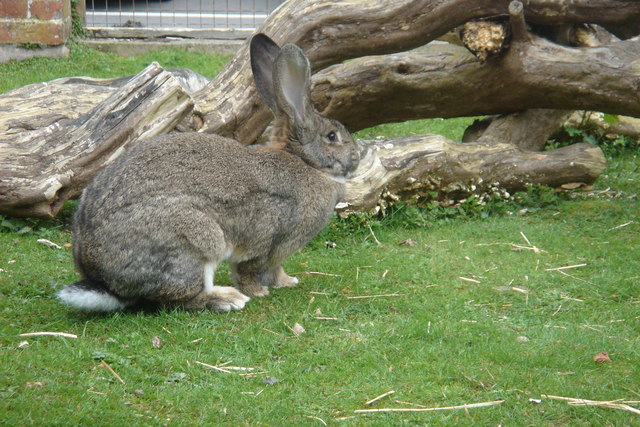 Have you seen your rabbit yawn lately? Several rabbit owners have noticed that their otherwise cute and cuddly rodents look rather terrifying when they yawn. With their mouths wide open, those buck teeth do look extremely scary! Owners have been posting pictures of their yawning rabbits ans turning them into social media stars.

Sharon Close discovered Zeus the rabbit when he had been abandoned in a local park in freezing conditions. She decided to offer him a home. Feeling sorry for the rodent she indulged him with various treats and the bunny began to acquire an impressive girth. To make matters worse, Zeus wasn’t terribly enthusiastic about exercise. Indeed, he has a tendency to just sit in one spot.
Zeus grew so large that Ms. Close’s neighbour mistook him for a dog! The rabbit is now so huge that Ms Close cannot lift him and so the 1 stone 4lb rodent needs to go on a diet! Weighing four or five times more than the average rabbit, Zeus is a real porker!

Zeus has been entered into the PDSA Pet Fit Club competition. It is hoped that small changes to his lifestyle and an improved diet will help Zeus to attain a healthier weight. The competition features 15 obese pets who will be given diet and exercise programmes by vets. Will Zeus become a prize-winning bunny?

Rabbits are appealing creatures and popular pets. Unfortunately, many owners find that they no longer want their rabbits and simply dump them. Abandoned bunnies have now become a serious problem in Las Vegas. The unwanted pets turn feral and then start breeding and now there are thought to be thousands on the loose in the area.

The rabbits can be seen in almost every park in the city but they are unsuited to life in the hot weather. Local people have been helping them to survive and providing rabbit food and water, but what they really need is new homes and a neutering program. There are currently no rescue centres or shelters in Las Vegas which have the funds to tackle the issue.

Other cities have instituted catch and release neutering programs to curb the problem but these are costly ventures. But without intervention each female rabbit can produce 14 litters in their lifetime. For the foreseeable future, Las Vegas is going to have a seriously large rabbit population.