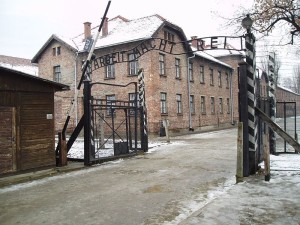 Sometimes the inspiration for a holiday can come in the most unusual ways. I ended up booking a trip on impulse after watching a TV programme about dentistry in Poland! The broadcast did unveil the interesting possibility of having my teeth treated abroad but that wasn’t the reason for my desire to travel.

The programme in question was about Krakow and highlighted the fact that the city was rapidly becoming a centre for dentistry. After dealing with all matters teeth a variety of tourist attractions in the area were highlighted as good places to visit whilst your anaesthetic wore off. One of the proposed destinations was Auschwitz, the infamous Nazi concentration camp. The feature piqued my interest as I had just resurrected my box set of the television series Holocaust which was a gripping drama following the fortunes of Jewish families trying to survive the Nazi regime.

I decided that I needed to see Auschwitz for myself and within days had booked a trip to Krakow and arranged a tour of the concentration camp. I decided to travel in January as prices were low and somehow it felt right to experience the place at its most challenging during the freezing temperatures of the winter months.

I cannot begin to accurately explain the impact that visiting Auschwitz had on me. I arrived at the camp with the temperature dipping to -23 degrees and the entire area was covered in deep snow. I had dressed as warmly as I could but I was already shivering before I had even made my way to the entrance. The plight of those sent to the camp was already becoming clear. As I passed through the infamous gates declaring “arbeit macht frei” (work sets you free) I felt a great sense of foreboding. This is a place where the ghosts of the past roam free and there is a sense of evil that I have never felt before.

The camp is still largely as it was when operative as the Nazis were forced to flee before they had time to burn the evidence of their activities. I was taken on a tour of the various facilities and discovered how little I really knew about the atrocities and to what level human beings could stoop. One horror after another was revealed until my entire tour group ended up in tears at the sight of a mountain of human hair which had been shaved from the heads of the prisoners before they were led to the gas chambers.

I felt genuinely shaken by the time the tour ended and I was absolutely freezing. I could no longer feel my feet and my earrings were frozen to my face. I couldn’t begin to imagine what it would have been like to inhabit this terrible place in such bitterly cold conditions. My day, however, had not finished as I was now to be taken to the neighbouring camp Birkenau which turned out to be even worse.

Birkenau was largely razed to the ground when the Nazis realised that the game was up but there is enough left to send shivers down your spine. Here you can view the gas chambers and see the railway platforms where the incoming detainees were offloaded. I found myself standing in a daze in the middle of the vast expanse of these killing fields but bizarrely had no real desire to leave.

Eventually I dragged myself back to the mini-van which would transport me back to Krakow. I was now so cold that I was shivering uncontrollably and once the heaters kicked in I fell asleep. Visiting the camps was one of the most remarkable experiences of my life and I truly believe that it should be compulsory for all young people to travel to these places. They provide a valuable insight into where intolerance can lead and stand testament to the futility of hatred. It is an uncomfortable and deeply emotional experience but one that I would not change.