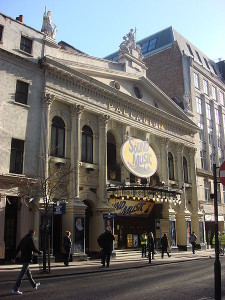 West End shows make for a wonderful evening out but they are now very costly. It is possible to get your hands on discounted tickets through schemes like Get Into London Theatre and via special offers but it is never going to be cheap. This makes it all the more annoying when your entertainment is ruined by the behaviour of certain members of the audience. I have been attending shows for more than 40 years and I am sure that standards of behaviour are slipping. I wish that these idiots would get out of London theatre!

It is incomprehensible to me that anyone could pay a small fortune for a show ticket and then spend the entire night talking, shouting, texting on their phone or otherwise not watching the performance. I don’t understand how such people could have such a blatant disregard for the other people in the auditorium either.

For years and years I had little trouble at the theatre other than the occasional minor annoyance but these days there is one issue after another. A couple of years ago I had real trouble at a performance of Rock of Ages when I found myself sitting in front of a couple of women who spent the entire first half talking loudly and discussing the texts and notifications they were receiving. The decibel level of their outpourings was roughly on a level with bashing a large saucepan with a hammer and I simply couldn’t enjoy the show at all.

At the interval I asked the women politely to be quiet. My comments were met with incredulity at which point I clarified my request rather more rudely. The women then proceeded to offer me outside for a fight. I accepted the invitation and was ready for them but at the end of the show they beat a hasty retreat.

I thought I had got my bad luck out of the way but a similar experience was visited on my head recently when I attended The Bodyguard. This time there was a whole group of inebriated women two rows back who talked loudly and turned the whole experience into a karaoke performance en masse. I made a complaint to the theatre and the idiots were asked to be quiet but just couldn’t behave themselves for long enough and completely ruined the finale.

I was now totally exasperated and rather concerned as I was holding tickets for the Lion King two weeks later. This time I managed to avoid noisy neighbours but was horrified to see how many people turned up ridiculously late for the performance and disrupted large portions of the auditorium trying to get to their seats in the dark. As there is a parade down the aisle at the beginning of the show the latecomers missed one of the highlights as they were forced to wait for the characters to pass through. One group arrived almost half an hour late. I wouldn’t have bothered!

It really isn’t difficult! Turn up on time, sit down, keep your mouth shut and don’t eat. This way everyone can enjoy the show and there is no threat of violence breaking out. I pray for better luck in the future.