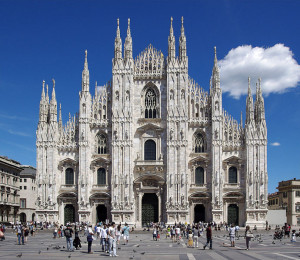 It is all too easy to get wrapped up in the excitement of a holiday and to forget that things can and do go wrong. I learnt at an early age how important travel insurance can be and in later life I never left home without adequate cover. Even the healthiest people and the best laid plans can fall prey to disaster and usually just when you don’t expect it.

A Pain in the Ear

My first visit to a foreign hospital came when I was just 10 years old. We were enjoying a lakeside holiday in southern Switzerland and my parents decided that a day trip to Milan was in order. I felt a little off colour in the morning but it didn’t seem too serious until we were walking around the city admiring the cathedral. My mother was surrounding by the beautiful architecture and shops packed with Italian style that she adored only to be encumbered by a wailing child complaining of ear ache.

A Turn for the Worse

My parents managed to track down an ear, nose and throat specialist who diagnosed an infection and prescribed antibiotics. That should have been that especially as my ear quickly began to improve and after a couple of days I was back in the lake enjoying the trip. I am sure that my parents weren’t delighted to have had their tour of Milan ruined but at least I was cured. Then things took a dramatic turn for the worse when I started to feel horrendous and spent an entire morning hanging over the toilet.

I began to deteriorate and soon lost the use of my limbs. I was rushed to the hospital bundled into a wheelchair and within minutes was lying on a bed looking up at a paediatrician. He tried to place a paper bag over my face which in my delirious state I believed to be an attempt to kill me! Actually he was just trying to regulate my breathing as hyperventilating had evidently caused my paralysis.

A Stay In bed

I was eventually diagnosed with acute gastroenteritis and spent the rest of the holiday in hospital with tubes in my arm. Further investigations revealed that my illness had likely been caused by the antibiotics having turned bad as a result of our lack of cold storage in the tent. I have never again felt so ill but at least I learnt the value of insurance. That hotel bed in Switzerland would have cost a small fortune.

Over the years I have spent many hours in medical centres of one kind or another overseas. A broken leg, a ruptured cruciate ligament and an allergic reaction to Penicillin have all resulted in a trip to hospital. None of those unfortunate ailments were suffered by me but were still hard evidence of what can happen especially if you are the adventurous type. The worst injury I have suffered personally since that awful trip to Switzerland was a jelly fish sting which didn’t require treatment but which did take three months to heal. Anything can happen when you are away so get yourself covered!